Success in Super League - by Mark 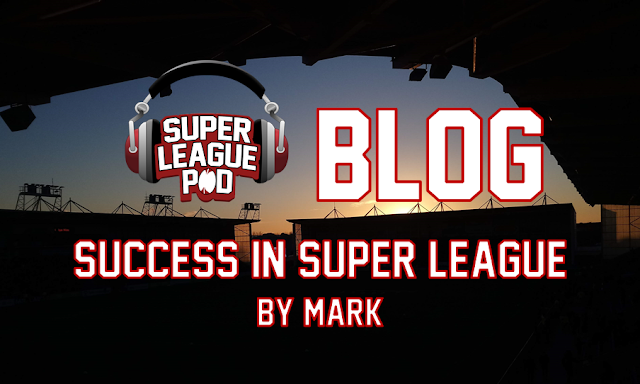 Last week, St Helens won their 7th Grand Final, and 8th Super League title. They battled local rivals Wigan for a 4th time in a Super League Grand Final, with the two sides combining for total of 23 Grand Final appearances in the 23 years of the event. They are two of just four clubs to have won the Super League trophy since the competition launched in 1996.

No one can doubt the competitiveness on the field in this year's final. Although a familiar name on the trophy no doubt reinforces the long held question over how competitive the Super League really is, if winning it can be dominated by such a small number of teams.

Whilst this sort of reaction is understandable, it doesn't tell you the full picture about how many sides have been successful in Super League in recent years. I would argue, it's more competitive than you might think.

How have trophies been shared out during the Super League era?

Seven of the eleven current Super League clubs have won one of the three major trophies - Super League, Challenge Cup and League Leaders Shield - in the last four seasons.

That becomes eight of the clubs to win a trophy if you stretch it back to the last eight seasons.

Nine of the eleven have played in a major final - Grand Final or Challenge Cup Final - since 2015.

After St Helens' win on Friday night, it means that the three major trophies have been won by three different sides in four of the last five seasons.

So, how does that compare to others?

If you compare Super League with the only other major Rugby League competition, the NRL, and with the dominant sporting league in the UK, football's Premier League, it doesn't look so bad for our game.

In the last four seasons, three of the 16 NRL sides have won a trophy.  It only increases to six if you go back eight seasons.

Over the whole 23 seasons of NRL competition since it was formed in 1998, 13 sides have lifted one of the two trophies from the 24 different clubs have played in the competition. 54% of all teams have won a trophy since 1998.

So overall, there has been a greater mix of success in the NRL, but in recent years Super League actually sees a wider variety of trophy winners. This is helped by the knock-out cup competition in the northern hemisphere game.

So, Super League is arguably more competitive that English football on these numbers.

I know we aren't comparing like with like here. Super League has fewer teams that the NRL, which also doesn't have promotion and relegation, allowing clubs to stabilise over a number of years. The much wealthier Premier League in soccer has a lot more teams, no Grand Final, and also crucially no salary cap, helping it become even more top heavy.

Does that mean everything is ok in Super League?

No it doesn't mean everything is fine in our sport.

We should be striving for greater competitive balance. It drives more narratives and more interest. Just look at the stories of Leicester in their Premier League winning year, or the resurgence of Penrith to NRL minor premiership glory in 220, and Salford's rise to two finals in the last two years.

The more interest in the sport, the more sustainable it can be, both financially and from grass roots participation.

But, as the Rugby League community, we need to start selling and celebrating the bigger picture of our sport.

Yes, we have some big teams that are better set up to compete year after year. But, we don't know how many teams will end the year with trophies, and we don't know that the other sides can't spring a surprise and have some trophy success.

Tell your friends. Super League is competitive and exciting.